According to Researchers Mental Illness May be Prevented With More Sleep 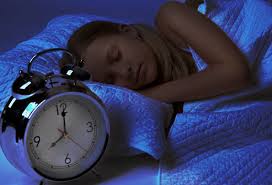 An early bedtime and more sleep each night could be a key factor in minimizing or even preventing mental illness according to a new study by researchers. Stress is detrimental to good mental health, and failing to get enough sleep can allow the effects of stress and poor habits to accumulate and lead to problems with mental and physical health. When things get hectic one of the first things to go is a healthy lifestyle, and many people feel like there is never enough time in the day. This can lead to late nights, early mornings, and a chronic lack of quality sleep. What researchers from Canada and France have found is that having regular scheduled mealtimes and getting to bed early each night can help prevent mental illness, and promote good mental and physical health.

Bipolar disorder and schizophrenia are mental illnesses that may be managed with more sleep and healthier meals. When researchers studied mice who did not get enough sleep and who had an irregular and unhealthy diet many of the rodents started to display symptoms of mental illness. This is not the first study to determine a link between quality sleep each night and developing mental illness. One study which was published n December in the Cognitive Therapy and Research journal also determined an association between going to bed late and negative thoughts and worries that were persistent. A study that was performed in 2013 also showed a link between these factors, and shift workers who were chronically sleep deprived due to shift changes actually started to develop depressive symptoms.