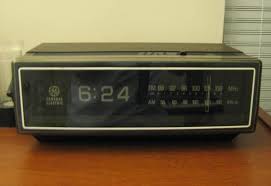 Study results have shown that alcohol abuse can cause sleep disturbances even after all alcohol use is stopped. A number of studies have shown that the sleep patterns of current and past alcoholics are not the same as sleep patterns which occur in those who have never abused alcohol. One of the relevant studies was published in the Oct 1 2009 Sleep journal, and the study involved 84 people. It has long been seen that alcohol use can impact sleep, but 42 study participants were previous alcoholics in recovery and 42 study participants had never had any issues with alcohol abuse. Everyone who participated in the study had an overnight stay in the sleep lab and they were attached to monitors to study their brain and sleep patterns.

Alcohol use and alcohol abuse cause sleep disturbances, but what was a little surprising was the sleep patterns that were seen in individuals who were previously alcoholics but who had been in recovery for at least 30 days, and some of the study participants had been in recovery for much longer than this. Even after being clean and sober for at least 30 days, and in some cases many months, those who had alcohol abuse issues in the past still had sleep disturbances. Alcohol use causes reduced REM sleep and it may be possible that the sleep disturbances seen in previous alcoholics is the attempt by the body to recover from insufficient REM sleep.