Are Bipolar Teens at a Higher Risk of Substance Abuse? 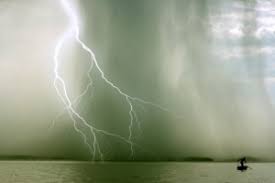 Are bipolar teens at a higher risk of substance abuse? According to research that was recently completed by Dr. Benjamin Goldstein the answer is yes! The research study was published in the medical journal Journal of the American Academy of Child and Adolescent Psychiatry, and the results show that a bipolar teen has a one in three chance of substance abuse and possibly addiction before they reach their twenties. The study involved 167 teenagers between the ages of 12 and 17, and the results show that many teens turn to substance abuse to help medicate the extreme mood swings and other symptoms of bipolar disorder. Data that was taken from the Course and Outcome of Bipolar Youth database and used for this study as well.

The teens that were involved in the study were periodically interviewed over the course of a four year period, for an average of 7 times. In addition there were additional factors that may also contribute to substance abuse. These other factors included a family history of substance abuse, no antidepressant treatment, oppositional defiant disorder, a lack of family cohesion, and panic disorder. These factors were determined to be predicting factors in a higher risk of future substance abuse, the same as bipolar disorder. According to Dr. Goldstein who oversaw the study these findings are important in order to develop more effective preventative strategies that reach bipolar teens. The National Institute of Mental Health funds the COBY study, and this is the biggest study for bipolar in teens.