Can an Eye Test Identify Those Suffering from Schizophrenia? 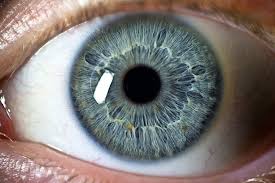 Schizophrenia has been associated with eye movement impairment, and this fact has been known for decades. A new eye test may be able to identify those who are suffering from schizophrenia based on this impairment according to researchers who performed the study. In the study the researchers determines that the eye test accurately identified people who had schizophrenia more than 98% of the time. Lead paper authors for the study, Dr. Philip Benson and Dr. David St. Clair, reported that “It has been known for over a hundred years that individuals with psychotic illnesses have a variety of eye movement abnormalities, but until our study, using a novel battery of tests, no one thought the abnormalities were sensitive enough to be used as potential clinical diagnostic biomarkers.”

The eye test used in the schizophrenia study involved a series of tasks. These tasks included gaze fixation, smooth pursuit, and free viewing. People who have schizophrenia had difficult with the smooth pursuit task, and their eyes had trouble following moving objects. The eye tended to fall behind the object and then to use saccade, a form of REM, to catch back up with the object. The eyes of people with schizophrenia who were shown a picture in the free viewing test differed from the general population because their eyes tracked and followed an abnormal pattern compared with the those who do not have schizophrenia. The fixation tasks of the eye test were also revealing because individuals who have schizophrenia have difficulty holding their gaze steady on a fixed object that does not move.