Can Psychiatric Disorders be Treated with Psychedelic Substances? 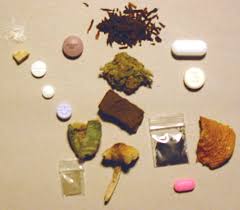 The use of psychedelic substances is illegal in most parts of the world, but one United Kingdom expert is psychiatry believes that these substances have the potential to treat psychiatric disorders and that these drugs “should be legally reclassified so that researchers can investigate their therapeutic potential.” According to Dr. James Rucker, who is associated with King’s College London, U.K., “Psychedelic drugs, especially LSD and psilocybin, which is found in magic mushrooms, were extensively used and researched in clinical psychiatry before their prohibition in 1967. Hundreds of papers, involving tens of thousands of patients, presented evidence for their use as psychotherapeutic catalysts of mentally beneficial change in many psychiatric disorders, problems of personality development, recidivistic behavior, and existential anxiety. But no evidence shows that psychedelic drugs are habit forming; little evidence shows that they are harmful in controlled settings; and much historical evidence has shown that they could have use in common psychiatric disorders.”

Not everyone agrees that psychedelic substances have the potential to treat psychiatric disorders though. Journal of Public Mental Health editor Dr. Woody Caan explained that “Some patient populations may be more, or less, vulnerable to psychedelic substance use. Some hallucinogenic substances have clear “cumulative toxicity.” Caan continued by saying “Unlike our present conventions on drugs, a good system of legislation and regulation would balance risks and benefits and comprehend some individual variation among patients. Users become sensitized to repeated doses, progressing to disturbances of perception that are spontaneous, uncontrollable, and potentially distressing.” The use of these substances for any reason is highly controversial.