Can You Inherit Schizophrenia? 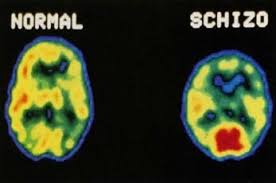 Schizophrenia is a form of mental disorder that can be very serious, and it is usually treated with medications and other treatment methods but there is no cure right, and it is a typically life long condition for anyone who is diagnosed with this type of mental disorder. The medical community has noted that this form of mental illness tends to run in families and that shows that genetics play a role, but there are also environmental factors that may be involved as well. Medical science is not yet able to predict which adolescents and young adults will develop this mental condition and which groups will never display any symptoms of schizophrenia, even with advancements in genetics today. Some people with long family histories of mental illness may never display any signs, while others may not have any family history of mental disorders and yet become schizophrenic.

There is some speculation that schizophrenia is affected just as much by environmental factors as this condition is by genetics, if not more so. Right now medical science believes that this mental disorder is a result of many influences, and there is not a single gene mutation or defect that causes this condition. There are several genes which are thought to raise the risk of developing schizophrenia, and people diagnosed with this disorder do tend to have rare genetic mutations at higher rates. The mutations involved can be one of hundreds of different genes, and it is suspected that the genetic mutations have a disruptive impact on normal brain development.