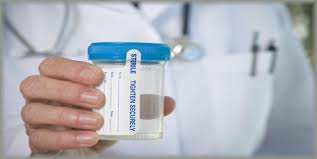 Illegal drug use on he job has increased significantly in the USA, and this is indicated by the higher number of positive results being identified by employment drug screening. The data that was used to reach this conclusion includes data from millions of workplace drug screening results, and it shows that the use of illegal drugs by employes has increased by about 5% for the second year in a row. The drugs identified by the screening include marijuana, methamphetamine, and cocaine. Designer drugs and synthetic substances may not be detected by most workplace drug screenings though, and this means that the increase in illicit drug use could actually be even higher.

According to Quest Diagnostics science and technology director Dr. Barry Sample “American workers are increasingly testing positive for workforce drug use across almost all workforce categories and drug test specimen types. In the past, we have noted increases in prescription drug positivity rates, but now it seems illicit drug use may be on the rise, according to our data.” Quest Diagnostics released data that showed roughly 4.7% of the screenings had a positive result, and the data included approximately 6.6 million employment drug screening results. In 2013 this percentage was only 4.3%. US National Institute on Drug Abuse former director Dr. Robert DuPont commented that “The increases in illicit drug positivity in employment drug testing should get employers and policymakers to take notice of the serious risks these drugs create for productivity, health and safety.” According to Dr. Sample he questions whether increased marijuana detection “means that people are more accepting and therefore more likely to use marijuana in a recreational way or for therapeutic purposes than in the past, even in states where marijuana’s use is not clearly sanctioned by state laws. This will be an important area of continued analysis given the national debate about the legality and health impacts of recreational and medicinal marijuana use.”