How Does Schizophrenia Affect Brain Function? 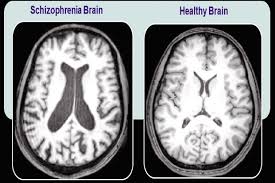 Schizophrenia, a serious and sometimes extremely devastating mental disorder, is a condition that has no cure right now. Thanks to advances in modern medicine and imaging technology scientists today know that people who suffer from schizophrenia tend to have brain function that is abnormal in certain respects. Imaging scans of those with the mental disorder and with control scans from patents who have no mental illness show that different areas of the brain are active in those who have schizophrenia. People who have this condition may suffer from chemical imbalances with neurotransmitters, complex chemicals that allow communication between brain cells and chemical systems in the brain and body. Some scientists believe that the neurotransmitters glutamate and dopamine may be involved in schizophrenia but this is still being tested and is not proven yet.

In addition to differences in brain function many people with schizophrenia also have abnormalities in the structure of the brain. When images of normal and schizophrenic brains are compared there are small but very discernible differences in the structure of the brain. It is important to note that some with schizophrenia may not have these physical abnormalities in the brain structure, and some without this condition may also have the same structural abnormalities though. This means that simply looking at brain scans can not predict who will develop the condition. Some neurobiologists theorize that schizophrenia may result from inappropriate connections which are formed by neurons in the fetal brain, and these are activated during puberty when the drastic brain changes that occur during this growth phase affect the faulty connections.