Is a Breath Test for Illegal Drug Use Possible in the Near Future? 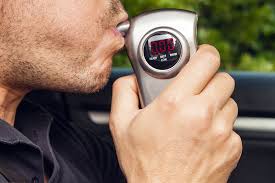 For many people the idea of a breath test for illegal drug use may seem like something from a futuristic science fiction movie, but scientists have developed this technology and it will soon become available to replace the urine analysis that is so common for drug testing right now. Many view a urinalysis as invasive and a privacy violation, while a breath test is far less intrusive and does not cause embarrassment during the specimen collection process. According to the scientists who developed the new test for and detect heroin, cocaine, marijuana, amphetamines, and methamphetamines just from your breath. The latest testing technology uses liquid chromatography-mass spectrometry, and it is very sensitive. The study results can be found in the Journal of Chromatography B, in the March 15 2015 edition.

The breath test for illegal drug abuse utilizes the aerosol particles that are exhaled in the breath. According to Karolinska Institute in Sweden professor and study researcher Olof Beck “These aerosol particles may become contaminated with drugs present in the body, which enables drugs to be highlighted. A simple collection device is currently available which selectively collects the micrometer aerosol particles on a filter and enables further laboratory investigation of possible drug content.” The availability of a breath test for illegal drug abuse also has another potential application. Patients who are on certain medications can be tested to ensure that they are in compliance and these drugs are not being sold on the street to others. Roadside checks may involve testing drivers for drugs as well as alcohol in the near future as this technology becomes widely available.