Is Marijuana Use Safer Than Alcohol? 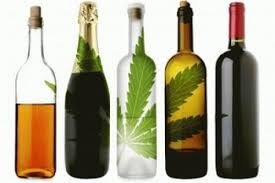 A recent study performed by New York University researchers documents the psychosocial impacts of marijuana use and alcohol use among high school seniors. The study can be found in the American Journal of Drug and Alcohol Abuse as well as online sources. Some of the students who were involved in the Monitoring the Future Study were chosen to represent a national sample of seniors in high school across the country for this study. According to one of the study researchers, Joseph J. Palamar, Ph.D., M.P.H., “The paucity of research is of particular public health concern as alcohol and marijuana are the two most commonly used psychoactive substances among adolescents. Nearly half of high school seniors have used marijuana in their lifetime and over two-thirds have used alcohol, but few studies have compared adverse psychosocial outcomes of alcohol and marijuana directly resulting from use. The most alarming finding was that alcohol use was highly associated with unsafe driving, especially among frequent drinkers.

The latest study on marijuana use, alcohol abuse, and high school seniors shows that both drugs affect teens in different ways. Alcohol abuse among teens tends to interfere with social and personal relationships, and females who drank were far more likely to report feeling regret for their actions when drinking after they sober up. Marijuana use caused problems in educational and professional relationships rather than personal ones, and teens who used marijuana reported having less energy and a lower performance while at school or on the job. Palamer went on to say that “Not unexpectedly, we found that the higher the frequency of use, the higher the risk of reporting an adverse outcome. In particular, the relationship between frequent alcohol use and regret was much stronger than the relationship between frequent marijuana use and regret.”