Is there a Genetic Connection Between Certain Mental Disorders and Creativity? 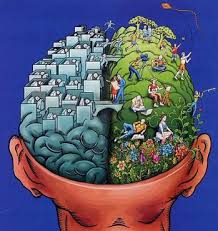 Schizophrenia, bipolar disorder, and creativity often go hand in hand, and a new study has found that there is a genetic link between all of these elements. Some of the most famous artists through history have struggled with mental illness in some form. It is believed that Vincent Van Gogh was schizophrenic, and the voices are the reason that he cut off his own ear. Famed musician Kurt Cobain, who committed suicide, was diagnosed as having bipolar disorder. Robert Power, the first author of the study who is associated with the Psychiatry, Psychology and Neuroscience at King’s College, London in the UK, explained “For most psychiatric disorders little is known about the underlying biological pathways that lead to illness. An idea that has gained credibility is that these disorders reflect extremes of the normal spectrum of human behavior, rather than a distinct psychiatric illness. By knowing which healthy behaviors, such as creativity, share their biology with psychiatric illnesses we gain a better understanding of the thought processes that lead a person to become ill and how the brain might be going wrong.”

According to the latest study on schizophrenia, bipolar disorder, and creativity those people who are creative are 25% more likely to have a gene variant for bipolar disorder or schizophrenia. Professional writers, dancers, singers, painters, and others whose job requires creativity were more likely to contain one of the gene variants for these mental disorders than people who engaged in manual labor or other professions that did not involve creativity. The study was published in the Nature Neuroscience journal.