Is There a Link Between the Hours Worked, Chronic Stress, and Coronary Heart Disease? 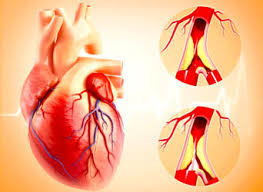 According to a recent large scale analysis by University College London researchers there is a proven link between the hours worked, chronic stress, and coronary heart disease. The analysis was published in The Lancet journal. When the researchers performed a comprehensive review and a meta analysis of previous published studies and studies which have not been published it became clear very quickly that working more hours each day and week had an effect on cardiovascular disease. In fact the researchers found that an individual who puts in 55 hours or more at work each week had a 33% increase in their risk of developing coronary heart disease when they were compared to individuals . The analysis showed that the more hours an individual worked the higher their risk of having a stroke or developing coronary heart disease was.

The lead researcher on the analysis between hours worked, chronic stress, and coronary heart disease was epidemiology professor Mika Kivimäki, Ph.D. Kivimäki explained “The pooling of all available studies on this topic allowed us to investigate the association between working hours and cardiovascular disease risk with greater precision than has previously been possible. Health professionals should be aware that working long hours is associated with a significantly increased risk of stroke, and perhaps also coronary heart disease.” These findings should be a wake up call for individuals, employers, and medical professionals alike. The analysis findings were consistent across all areas. This consistency was seen even after the various risk factors including sex, age, and socioeconomic status were taken into account.