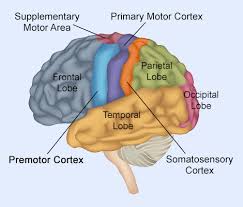 Neuroscientists recently performed a brain imaging study at the Oxford University, England, and the study results showed that a lack of motivation can impact brain function. The team of scientific researchers determined that the brain function in individuals who had a lack of motivation was significantly different from the brain function of individuals who were motivated. Neurology and cognitive neuroscience professor Dr. Masud Husain explained that “We know that in some cases people can become pathologically apathetic, for example after a stroke or with Alzheimer’s disease. Many such patients can be physically capable. Yet they can become so demotivated they won’t be bothered to care for themselves, even though they’re not depressed. By studying healthy people, we wanted to find out whether any differences in their brains might shed light on apathy.”

The imaging study on brain function and lack of motivation involved 40 volunteers, all who were healthy. The volunteers were given a questionnaire on motivation and then played a game that involved reward and effort while their brain function was scanned. Those with a lack of motivation were less likely to choose small rewards that required big effort, and more likely to choose large rewards that required little effort on their part. The imaging showed that the premotor cortex in people with a lack of motivation was more active, and this surprised the researchers. Dr. Husain said “We expected to see less activity because they were less likely to accept effortful choices but we found the opposite. We thought that this might be because their brain structure is less efficient, so it’s more of an effort for apathetic people to turn decisions into actions. Using our brain scanning techniques, we found that connections in the front part of the brains of apathetic people are less effective. The brain uses around a fifth of the energy you’re burning each day. If it takes more energy to plan an action, it becomes more costly for apathetic people to make actions. Their brains have to make more effort.”