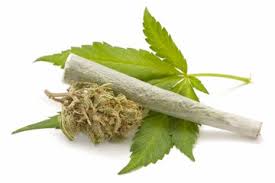 A University of Montreal study has produced some suggestions about how to delay or even prevent marijuana use among high risks kids, and one answer may be short CBT sessions. Kids most at risk for using marijuana are typically prone to negative thinking and anxiety. Some believe this is why this group engages in marijuana use. Kids and adolescents who are highly impulsive or who are sensation seekers are also at a very high risk for substance abuse. It has been suggested that marijuana users may have a higher risk of neurocognitive deficits, psychiatric symptom exacerbation, psychosis precipitation, a lower educational attainment and occupational attainment, and motor vehicle accidents. Adolescents are at the highest risk because brain development is still occurring.

Lead study researcher Dr. Patricia Conrod explained the findings and suggestions. “Marijuana use is highly prevalent among teenagers in North America and Europe. As attitudes and laws towards marijuana are changing, it is important to find ways to prevent and reduce its use among at-risk youth. Our study reveals that targeted, brief interventions by trained teachers can achieve that goal. There were signs that the program delayed onset and reduced frequency of cannabis use in all youth who participated in the interventions, but the results also consistently showed that the program was particularly effective in preventing cannabis use among those most at risk of using — sensation seekers.”

The study regarding CBT sessions, marijuana use, and high risk kids provided interesting insight. First study author Ioan T. Mahu stated “The students voluntarily participated in two 90-minute cognitive-behavioral sessions that were adapted to their specific personality type. These sessions involved learning from real-life scenarios described by other at risk youth, and were designed to show how people manage risk. Cannabis was not directly mentioned but was discussed if the students brought it up.”