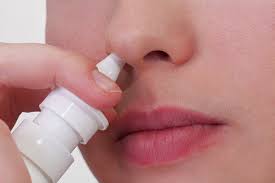 A new medical study is using Ketamine nasal spray as a treatment for major depressive disorder which has been resistant to other forms of treatment. The research study was conducted by New York’s Icahn School of Medicine at Mount Sinai and the study results have been published in the Biological Psychiatry online journal. The Ketamine nasal spray study involved 20 participants, and these participants received either ketamine nasal spray or saline nasal spray for 2 days. The study used double blind crossover methods to ensure the integrity and accuracy of the results. After receiving the drug or saline placebo study participants were asked to complete the Montgomery-Asberg Depression Rating Scale so that any changes in the severity of the depression could be noted.

The goal of the ketamine nasal spray medical study was to determine whether this drug could be used to treat individuals who have treatment resistant major depressive disorder. The results of the study were very promising. Out of 20 participants only 18 completed the two days of treatment. Of these 18 people only 1 in the saline group showed an improvement in depression severity. 8 individuals in the ketamine nasal spray group showed an improvement in the severity of their depression. According to James W. Murrough, M.D. “One of the primary effects of ketamine in the brain is to block the NMDA [N-methyl-d-aspartate] glutamate receptor. There is an urgent clinical need for new treatments for depression with novel mechanisms of action. With further research and development, this could lay the groundwork for using NMDA targeted treatments for major depressive disorder.”