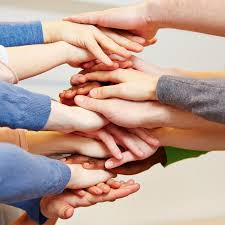 Could a pill be developed that boosts empathy by altering brain chemistry? According to a new research study this could be possible at some point in the future. The research suggests that the sensitivity to inequality that we have is influenced by the neurochemical balance in our brain, and changing the neurochemistry could induce more empathy in people. The medical study was performed at the University of California, Berkeley and the University of California, San Francisco. When a drug which causes prefrontal cortex neurochemical changes was given the level of empathy and fairness felt was increased. This was seen by the increased willingness to engage in and exhibit prosocial behaviors. Additional research is still needed, but the hope is that new diagnostic tools and treatments can be developed to treat individuals with conditions that cause low empathy for others.

The medical study on empathy and brain chemistry is important, because many mental disorders can impact empathy and this may be due to neurochemical changes that occur when the mental disorder starts to develop. University of California, Berkeley’s Haas School of Business assistant professor and co-principal investigator Ming Hsu said “Our study shows how studying basic scientific questions about human nature can, in fact, provide important insights into diagnosis and treatment of social dysfunctions.” Andrew Kayser, University of California, San Francisco assistant professor of neurology and a co-principal study investigator, explained “Our hope is that medications targeting social function may someday be used to treat these disabling conditions.”