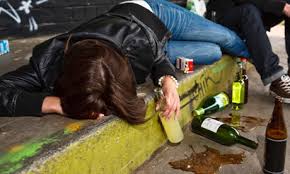 A new study performed by researchers at prestigious Duke University has identified two brain profiles which are distinct, and one indicates the risk for problem drinking while the other identifies risk for risky sexual behaviors. According to the researchers the scans taken of the study participants showed that brain region functions which were usually complimentary were imbalanced for individuals who had a higher chance of engaging in risky sexual behaviors or problem drinking when the were under stress. The study results could help clinicians accurately predict the risk for these behaviors in young adults in the future although this is not possible yet. The Duke Neurogenetics Study or DNS is an ongoing study which was started in 2010 so that researchers could learn and understand about how brain, environment, and genetic interactions form risky behaviors and predict mental disorders.

The senior study author, for both DNS and the latest study as part of the ongoing process that identified the two distinct brain profiles for problem drinking and risky sexual practices and behaviors, was Duke University psychology and neuroscience professor Ahmad Hariri, Ph.D. According to Dr. Hariri “By knowing the biology that predicts risk, we hope to eventually change the biology or at least meet that biology with other forces to stem the risk. We now have these two distinct profiles of risk that, in general, reflect imbalance in the function of typically complementary brain areas. If you have high activity in both areas, no problem. If you have low activity in both areas, no problem. It’s when they’re out of whack that individuals may have problems with drinking.”