Predicting Binge Drinking May be Possible With Biomarker Study 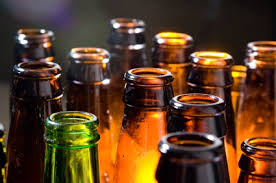 A new study by University of Illinois at Chicago (UIC) College of Nursing researchers may have shown the path to predicting binge drinking to some degree through the use of a biomarker. The study involved a biomarker called phosphatidylethanol or Peth, and it is found in much higher amounts in individuals who are more likely to engage in binge drinking. Hopefully this discovery can lead to the ability of predicting who is at risk of binge drinking with a much higher degree of certainty than what is currently possible. According to University of Illinois at Chicago College of Nursing professor and biobehavioral health science department head Mariann Piano, Ph.D. “Binge drinking is pervasive on college campuses and among young adults. More alarming, though, is the regularity of binge drinking episodes: one in five students report three or more binge drinking episodes in the prior two weeks.”

Dr. Piano worked with associate professor of physical therapy and co-researcher Shane Phillips, Ph.D. during the biomarker study on predicting binge drinking. The study involved analyzing blood from the participants. Dr. Piano reported that “We discovered a significant correlation between PEth levels in both the whole blood and dried blood samples and the number of times subjects consumed four to five drinks in one sitting within the last 30 days. Using a biomarker of heavy alcohol consumption such as PEth along with self-reporting could provide an objective measure for use in research, screening and treatment of hazardous alcohol use among young adults.” Binge drinking is a pattern of excessive drinking that occurs in a relatively short period of time and causes a blood alcohol content of over 0.08.