Psychopath Versus Sociopath: Is There a Difference? 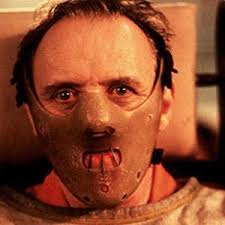 Psychopath and sociopath are so called psychological terms that describe a mental disorder, but do both terms mean the same thing or are they different? Both of these terms describe someone who has antisocial personality disorder, and they are not really used in the psychology literature and research material. Both terms refer to specific personality types, and there are some differences between the two mental disorders. Both forms of personality have little or no regard for the safety or feelings of others, and with both of these personality types deceit, manipulation, and frequent lies. Neither type of personality is always violent, but both types hold the possibility of violence and aggression towards others. Many in the mental health community believe that a psychopath is a personality disorder which is genetic in nature, in other words a psychopath is born this way, while a sociopath is a result of the environment that they were exposed to in childhood.

Both a psychopath and a sociopath will have a mental disorder, but this fact is usually not apparent to anyone except the victims affected by the individual. Both personality types allow the individual to be charming, appealing, and someone that others like and want to be around. This allows them to use and manipulate others easily. Sociopaths tend to be more impulsive when they are committing a crime, with less concern about being caught or the possible consequences of their actions. Psychopaths are usually more careful in the commission of any crimes, so that any risk to the individual is minimized as much as possible.