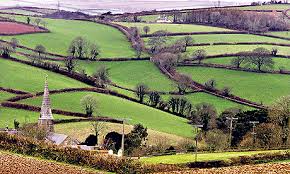 A recent research study has found that prescription painkiller abuse among teens from rural areas and small communities is higher than what has been seen in large cities and urban areas. The research showed that this type of teen drug abuse was 35% higher for adolescents between the ages of 12 and 17 years old who lived in rural communities. Teens who reside in small towns are 21% more likely to engage in this form of substance abuse than urban adolescents. One explanation for the increased risk that researchers have focused on is that primary care providers are not widely available in rura areas, causing teens to go to an ER or urgent care clinic. These medical facilities are typically more likely to prescribe opioid drugs for pain.

The study on teen drug abuse and prescription painkiller abuse by adolescents utilized data that was collected for the National Survey on Drug Use and Health for the years 2011 and 2012. The data included survey information from more than 32,000 teens. According to Pennsylvania State assistant professor of rural sociology, demography, and sociology Shannon Monnat “Over 1.3 million adolescents abused prescription opioids within the last year. With this number of adolescents there are major implications for increased treatment demand, risk of overdose, and even death from these opioids.” The study also showed that girls were more likely to engage in prescription painkiller abuse than boys were. The prescription drugs which seem to be used in rural areas include morphine based formulations like percocet, Oxycontin, and oxycodone. Monnat went on to say “There has been a shortage of primary care practitioners in rural areas for a long time. Often, emergency rooms or urgent care clinics might be the only place for someone to receive treatment in a rural area.”