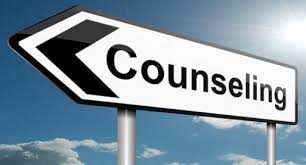 Alcohol abuse may be helped by a brief period of counseling but this is not the case with drug abuse according to a new study by Boston University. For more than 10 years the Substance Abuse and Mental Health Services Administration, an agency of the United States federal government, has recommended substance abuse screenings and brief periods of counseling for alcohol and drug abuse. According to the Boston University study the results of these recommendations are somewhat surprising. The approach used was often effective for individuals who engaged in alcohol abuse, but the effectiveness dropped sharply when drug abuse was studied.

According to Dr. Richard Saitz, the leader of the study and the Boston University School of Public Health community health sciences chairman, “Brief counseling can work for a lot of things, but we found no evidence to support the widespread implementation of universal screening and brief intervention for illicit drug use or prescription drug misuse. In retrospect, drug use is a complicated problem. While there might have been some hope that something as simple as this would work, it now appears it doesn’t. People who are using drugs and admit to using drugs are already doing something not socially sanctioned, so getting them to change their behavior may be harder.” Saitz went on to state “Despite many reasons to not use, they are continuing to do so. A few minutes of counseling is not going to change that. Because each drug is different a universal intervention is especially difficult. What works to address marijuana use may not work to stop heroin injecting, for example. One-time brief counseling is simply inadequate to address these complexities, even as an initial strategy. Even with alcohol use multiple interventions have been more successful than one-time sessions.”