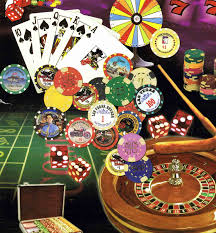 Compulsive gambling and cocaine addiction have similar effects on decision making in the brain according to a new research study. In the study researchers from the University of Granada compared the differences and the similarities in the brain function and the psychological profile in individuals who suffered from either compulsive gambling or cocaine addiction. The compulsive gambling group showed abnormalities in brain function that were comparable to the abnormalities of the brain that were shown by those with a cocaine addiction. The brain areas affected in both groups involved the anterior cingulate and part of the prefrontal cortex, and these areas are known to provide impulse control in people. The ability of both groups to make good decisions were compromised by these abnormalities according to the researchers.

According to José César Perales and Ana Torres, the main investigators for the study, “these bad decisions affect the individuals’ ability to recognize and evaluate loss, even when this is not financial loss.” What the researchers found very interesting was that emotion seemed to make the problem worse and appeared to increase the poor decision making, and negative emotions had a larger impact than positive emotions. Loss of impulse control in both groups that were involved in the study were similar, regardless of whether the research subject was a compulsive gambler or a cocaine addict. Hopefully these findings will eventually lead to more effective treatment for both problems. Does this mean that both of these conditions are medical disorders though? What are your feelings on this?