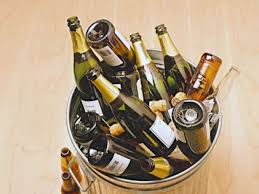 A new research study shows that even one binge drinking episode can harm your health significantly. The study was performed by the University of Massachusetts Medical School and the results of this type of alcohol abuse were surprising. According to lead study author Gyongyi Szabo, M.D., Ph.D “We found that a single alcohol binge can elicit an immune response, potentially impacting the health of an otherwise healthy individual. Our observations suggest that an alcohol binge is more dangerous than previously thought.”Scientists involved in the study found that a single session of binge drinking can cause bacteria to leak from the gut of an individual into their bloodstream, and this can raise the amount of toxins that are present in the blood. The toxins from the bacteria, referred to as endotoxins, can cause an immune response which leads to the production of immune cells which may be involved in causing tissue destruction in the body, inflammation, and fever.