Suicide Risk May be Identified With Biomarker and Questionnaire 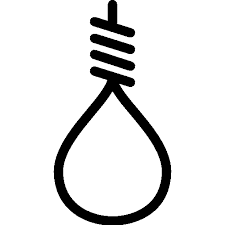 According to research that was recently published in the Molecular Psychiatry journal new blood tests and questionnaire instruments have been developed which may help more accurately identify suicide risk through biomarkers and questionnaire answers. The combination can help predict the suicide risk with a rate that s higher than 90%, far higher than other tests. These tests can predict which individuals will start to contemplate suicide or actually attempt this step. Indiana University School of Medicine researchers developed these tools in order to provide an accurate assessment of the suicide risk. Many different types of mental disorders may involve suicidal thoughts or actions, including depression, anxiety, and bipolar disorder. IU School of Medicine professor of psychiatry and medical neuroscience Alexander B. Niculescu III, M.D., Ph.D. Explained “We believe that widespread adoption of risk prediction tests based on these findings during healthcare assessments will enable clinicians to intervene with lifestyle changes or treatments that can save lives.”

When discussing the research on the biomarker and questionnaire testing Dr. Niculescu “We now have developed a better panel of biomarkers that are predictive across several psychiatric diagnoses. Combined with the apps, we have a broader spectrum predictor for suicidality. In additional to reproducing and expanding our own previous work, we reproduce and expand other groups’ results in this burgeoning field.” The blood samples were analyzed for RNA biomarkers, and then used along with answers from newly developed questionnaires. Researchers had the ability to accurately predict the suicide risk of patients around 92% of the time.