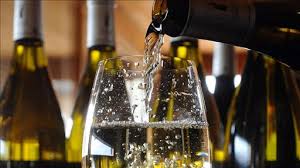 Alcohol abuse affects almost all age and income levels, and there are some surprising statistics that many people are not aware of. In the USA alone between 12 million and 14 million people over the age of 21 use alcohol on a regular basis. Treatment for alcohol addiction can be found in all types, but a large percentage of people do not believe that they have a problem or that they need help and addiction treatment. The drinking habits of men and women are usually different, and many women choose wine as their alcoholic beverage of choice. Men tend to use beer or hard liquor instead of wine, but both sexes have seen an increase in alcohol consumption and binge drinking. This includes adults over the age of 40, a time when many are well established in life and have a lot to lose with an alcohol addiction.

The elderly are also a big concern because many in this population suffer from alcohol addiction as well. Roughly 10% of women who were between 40 years old and 64 years old reported binge drinking at least once in the last month, and the most common answer was three episodes of binge drinking within the last 30 days. This is the same rate that college aged women abuse alcohol, and it shows that all age groups are at risk. Alcohol abuse can lead to a higher risk of being victimized for women, and binge drinking is especially harmful to the body and internal organs. The Crossing Point has effective alcohol addiction treatment programs for all ages and both sexes, because we understand which methods work and lead to success.