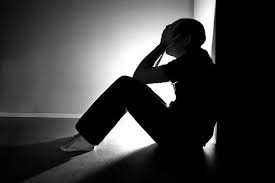 Science is discovering that the bacteria normally found in your digestive system can help treat depression, in a field of study called psychobiotics which is relatively new. You have roughly 100 trillion different bacteria and other microbes in your body, and these microbes carry out a number of vital functions. Many believe that the microbes in the body also have a link to mental health. It is possible that these bacteria and other microbes may be able to treat more than just digestive system disorders, and the could hold the key to an effective treatment for chronic depression. University College Cork in Ireland microbiome specialist and neuropharmacologist Dr. John F. Cryan , PhD, is one of the leading researchers in the link between your digestive system and your mental health.

Studies have been performed on mice in the lab which show that a disruption in the usual microbes in the body can lead to both mental and physical problems. Some of these studies have shown that mice which are bred in conditions with no beneficial bacteria at all have social awkwardness, and when the natural biome in the mice is disrupted the mice will display signs of depression, anxiety, and even autism. Dr. Cryan has worked very closely with a range of specialists during his research on the link between mental health and beneficial bacteria and other microbes, including psychiatrists, gastroenterologists, and microbiologists. Another study on mental health and bacteria in the digestive system was performed by Dr. Mazmanian in 2013. This study showed that mice with certain symptoms of autism had a lot fewer of the bacteria Bacteroides fragilis in their gut than the normal mice.