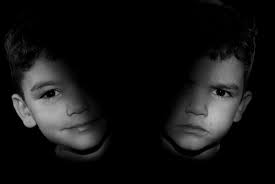 A new medical study by researchers at Manchester University, UK, probes the actual neuroscience behind the risk taking that is common in individuals with bipolar disorder. This is a form of mental illness that causes the individual to switch between feeling mania and depression, and are considered rapid cyclers who can experience numerous fluctuations on a daily basis. When the individual is experiencing a manic episode then they are far more likely to engage in risk taking and give in to compulsive behavior. This not only affects the individual but also their family and friends. The medical study involved 40 participants, 20 who were diagnosed with bipolar disorder but who were not currently taking any medications for mental illness and 20 who were not suffering from bipolar disorder at all.

According to the lead researcher on the study involving bipolar disorder and risk taking, Professor Wael El-Deredy “The greater buzz that people with bipolar disorder get from reward is a double-edged sword. On the one hand, it helps people strive toward their goals and ambitions, which may contribute to the success enjoyed by many people with this diagnosis. However, it comes at a cost: these same people may be swayed more by immediate rewards when making decisions and less by the long-term consequences of these actions.” The actual study results can be found in the journal Brain. The study may help make treatment for bipolar disorder more effective in the future, so that the risk taking component can be better controlled.