Abnormal Circadian Rhythm Could Impact Neurotransmitters For Those With Bipolar Disorder

A recent study has discovered a link between abnormal circadian rhythms and neurotransmitter changes for those who have bipolar disorder. The study covered a three year period. McLean Hospital researchers determined that those with bipolar disorder exhibited changes in the neurons in the brain that help regulate stress and anxiety, and these changes appeared to result from abnormal circadian rhythms. According to Harvard Medical School psychiatry instructor and McLean’s Translational Neuroscience Laboratory assistant neuroscientist Harry Pantazopoulos, Ph.D, one of the study researchers and the lead author, “For more than 50 years, there’s been evidence that there’s something wrong with circadian rhythms in people with bipolar disorder, but there has been a huge gap in terms of what we understand about their brains and how altered circadian rhythms are contributing to their symptoms.”

It has long been suspected that abnormal circadian rhythms and bipolar disorder have some association or connection, this latest study just confirms this. Pantazopoulos explained “Growing evidence points to a key role for somatostatin, a neurotransmitter in schizophrenia and bipolar disorder. In the amygdala, a part of the brain involved in anxiety and stress, somatostatin plays an important role in the regulation of anxiety and depression, often co-occurring in these disorders. We eventually saw that people with bipolar disorder have a very strong decrease of this protein in the beginning of the day while people without a psychiatric disorder normally have an increase in this protein. The decrease of the protein correlates very strongly with the established severity of depression and anxiety symptoms in people with mood disorders, in the morning. Therefore, our findings point to potential neural correlates of circadian rhythm abnormalities associated with specific symptoms in bipolar disorder.”

2. This mental health disorder will cause chaos, especially when your loved one is first diagnosed, and you can expect to be surprised. While the condition has a set of parameters each individual is different and unique, and the disorder can take many different forms and include a wide range of symptoms. There is no lab test for this condition, it is diagnosed based on the symptoms displayed and the history given by the patient.

3. Treatment does not always mean the same thing to someone who has bipolar disorder, and yoru loved one may seem to resist the treatment that you think they would benefit from. A mental disorder changes the way an individual thinks and they may not always see treatment as something that is necessary until an effective treatment is started.

4. Expect to feel guilt when you feel good or you are having a positive moment when you love someone who has this mental health disorder because this is part of human nature. Let this guilt go and understand that avoiding happiness will not help your loved one recover, and that you should not be sentenced to a lifetime of sadness just because the person that you love is mentally ill.

1. Your loved one may not even realize that they have bipolar disorder. Often those with a mental illness do not even know that they are sick, This is a phenomenon known as anosognasia and the person who is ill will often not even seek treatment as a result of this condition.

2. This mental health disorder requires a considerable amount of time and effort to manage properly, even for those who do not have any mental or medical conditions. Expecting someone who is ill to manage this is impossible and an advocate and caregiver may be needed until the condition is under control and the individual can handle their own needs in these areas.

3. In many cases medications used to treat bipolar disorder is not always effective, and it can take some time to find the right medications in the right dosages. Very few people with this diagnosis get rapid relief as soon as they start the first medications and many find that it can take several attempts and various drugs and drug combos before they begin to see improvement. Don’t expect changes overnight.

4. Expect to feel overwhelmed and remember to take care of yourself. This type of mental health diagnosis is usually one that is life changing, especially for those who care about the person who is diagnosed. Schedule time for yourself on a regular basis and do not let the demands of caring for your loved one prevent you from caring for yourself properly at the same time. Enlist the help of others so that you do not end up exhausted and run down.

Could Bipolar Disorder be Treated with More Omega 3 Fatty Acids in the Diet? 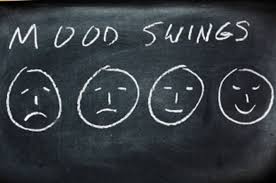 According to a recent study bipolar disorder may be linked with having low levels of specific Omega 3 fatty acids which are able to cross the blood brain barrier. Pennsylvania State College of Medicine researchers, together with National Institutes of Health investigators, believe that the study results could lead to effective dietary interventions for this mental health disorder. It is too soon for investigators to understand whether there is a cause and effect between these two factors or if the link between Omega 3 fatty acids and bipolar disorder simply shows that those with this disorder convert Omega 3’s at a lower or different rate than individuals without bipolar. These fatty acids have a large biological significance in the way that the brain functions. Studies in the past have shown that many with unipolar depression can benefit from more of these fatty acids but the results with bipolar disorder have not been as clear.

Pennsylvania State College of Medicine psychiatry chair, associate professor, and bipolar disorder and omega 3 fatty acids study leader Dr. Erika Saunders explained the findings. “This means that the availability of omega-3 in the body is lower in bipolar subjects. Omega-3 and omega-6 fatty acids can shift the balance of inflammation, which we think is important in bipolar disorder. We are actively pursuing the next step in this line of inquiry to get to the point where we know what changes in diets are going to help people with bipolar disorder so they can have another option beyond the medications that are currently available. I think our work, along with the work of others, shows that this is an important area for us to continue to study. It’s complicated and hard to study, and there are a lot of factors, but it’s an area we need to keep pursuing.”

Talk therapy, also called psychotherapy, can be very effective yet this type of treatment is not often used when it comes to treating bipolar disorder. This disorder includes both manic ups and depressive downs, and the most common treatment for this disorder is a drug called lithium. In fact this drug was considered so effective when it was first available on the market that many mental health professionals use it as the first line of treatment. Today talk therapy is used for a wide range of mental disorders and conditions, but it is rarely used with bipolar disorder patients and this can be a big mistake. Too often professionals reach for a prescription pad in order to solve a problem when other methods may be just as effective.

Talk therapy does not have any dangerous side effects that can be a risk with drugs to treat bipolar disorder, and mental health professionals are starting to change their views on using this therapy. University of Pittsburgh School of Medicine in Pennsylvania associate professor of psychiatry Holly A. Swartz, M.D explained this change in the journal called Focus. Swartz said “Toward the end of the 20th century, it became increasingly apparent that medication offered only partial relief from bipolar disorder. Treatment with pharmacologic interventions alone was associated with disappointingly low rates of remission, high rates of recurrence, residual symptoms, and psychosocial impairment.. Gradually, the field moved from conceptualizing bipolar disorder as a disorder requiring only medication to an illness that, like many chronic disorders, is best treated using a combination of pharmacotherapy and psychotherapy.” Do you think talk therapy should be used before drugs are prescribed? Why or why not?