Do Adults have an Addiction to Sexting? 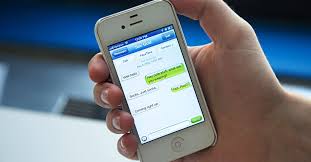 Is an addiction to sexting becoming a big problem in North America? A new study shows that sexting is more common than what was previously thought, with more than 80% of the people who responded to online surveys admitted that they had engaged in sexting in the last year. The research behind these facts was presented at the 123rd Annual Convention for the American Psychological Association. The research was presented to the convention by Drexel University’s Emily Stasko, MS, MPH. Stasko explained that “Given the possible implications, both positive and negative, for sexual health, it is important to continue investigating the role sexting plays in current romantic and sexual relationships. This research indicates that sexting is a prevalent behavior that adults engage in for a variety of reasons. These findings show a robust relationship between sexting and sexual and relationship satisfaction.”

An addiction to sexting is possible, but this behavior can also play a role in healthy sexual relationships as well. The study involved 870 individuals who were between 18 and 82 years old. Researchers also discovered that many individuals who sexted more often had a higher satisfaction level and rating for their relationship when they were sending these messages to their significant other. When sexting occurs outside of a monogamous relationship it can be harmful to the relationship though. Many experts consider this activity as risky, although many people who engage in sexting view the activity as something fun and harmless. As this activity grows there well be more people who develop an addiction to this risk taking behavior and need treatment.