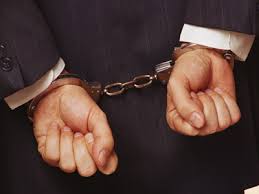 Substance abuse and criminal behavior often go hand in hand, and not just because the drugs being used or the activities engaged in while drunk are illegal. Alcohol and drugs both impair good judgment and normal caution, causing people to lose their usual inhibitions and do things that they would never do sober. Does this mean that substance abuse excuses criminal behavior as long as the individual was under the influence of drugs or alcohol when the crime was committed though? For most people the answer is a big no, because the individual chose to drink or do drugs so they made a conscious choice, and the criminal acts resulted from that conscious choice. There are others who argue that addiction is a disease though, and that the criminal justice system should show some leniency towards these individuals by offering treatment instead of a criminal record and possibly incarceration.

Criminal courts have long held that substance abuse does not excuse criminal behavior, and individuals are held responsible for acts that they commit while under the influence if they knowingly took the drugs or alcohol. If someone has been secretly drugged then the situation is different because the individual did not knowingly and voluntarily get intoxicated. If you or someone you know has been in legal trouble because of alcohol or drug abuse, or you have a problem with substance abuse that has not reached this low yet, there is help available. There are programs with high success rates and effective programs that actually work as expected.