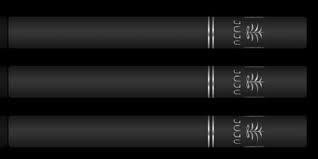 A recently launched e-joint device combines marijuana and tobacco in an e-cigarette, an d it was first reported by the New York Times. This device is being used in areas of the USA where medical or recreational marijuana has been legalized, places like Colorado, Washington, and Oregon. JuJu Joint, one of the brands of an e-joint, contains 100 mg of THC, it is designed to be disposable, and it can be used without causing any smoke or smell to alert others that the person is using anything. According to Rutgers New Jersey Medical School psychiatry department chairman Dr. Petros Levounis “In some ways, e-joints are a perfect storm of a problematic delivery system, the e-cigarette, and in addition a problematic substance, cannabis oil.”

The inventor of JuJu Joints, the e-joint that can be used for both marijuana and tobacco, told reporters that every inhalation is metered by the electronic device. Rick Stevens stated “Our goal is not to get people stoned so they sit in the corner and vegetate. I wanted to eliminate every hassle that has to do with smoking marijuana. I wanted it to be discreet and easy for people to handle. There’s no odor, matches or mess.” Many have voiced concerns that those under 21 could get their hands on these devices, and there are some suspected cases of this already in places where marijuana is legalized. Anyone who wants to purchase one of the e-joints must be at least 21 years old, and they cnan expect to spend between $65 and $100 for it.