Faces of Addiction Photos Show the Toll That Substance Abuse Has 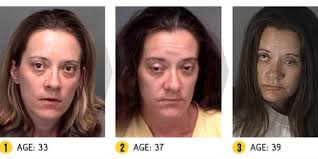 Faces of Addiction photos show the toll that substance abuse takes, letting people see physical evidence of what the use of drugs and alcohol will do over time. In the year 2013 alone, the latest statistics available right now, there were more than 24 million people just in the United States who reported abusing illegal street drugs or prescription medications each month. The latest project is an attempt to make people stop and think before engaging in substance abuse. The photos displayed on the Faces of Addiction project involved 13 different individuals who have had arrests for a variety of drug charges that included pain medications, cocaine, and methamphetamine.

The contrast between the before and after photos with the Faces of Addiction project are shocking, and the website does disclaim that the changes are not only a physical result of substance abuse. People who have an addiction typically follow a devastating path that includes self neglect because the drugs take over, and taking care of their appearance and health is a secondary concern. According to the website “The pursuit of a drug habit can cost these people everything – their friends and family, their home and livelihood. And nowhere is that impact more evident than in the faces of addicts themselves.” Some of the after photos show incredible premature aging, missing teeth, open sores and lesions, shrinking and facial wasting, and other changes which are severe. Faces of Addiction shows what happens when substance abuse sets in and continues for a year or more.