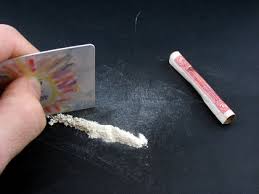 A new study on recidivism, published in the Health and Justice journal from Springer, shows that mental illness and substance abuse both raise the rate of recidivism among ex-prisoners. The study showed that ex-convicts who had a history which involved mental illness, substance abuse, or extreme poverty also had a much higher risk of ending back in prison. The study also showed that people who are chronically ill, who have attempted suicide, or who are obese are less likely to end up back in prison once they are released. University of Melbourne in Australia researcher Emma Thomas, M.Sc., led the study, which included analyzing interviews with more than 1,300 prisoners. These prisoners were interviewed both before and after their initial release, and they all came from 7 Queensland, Australia prisons.

Mental illness, substance abuse, and poverty factors were discussed in the interviews. The study found that those who had reported using cannabis, opioids, or methamphetamine before being sent to prison, and those who were convicted of a drug related crime, had a much higher risk of returning to prison once they are released. Substance abuse and mental illness are often present in the same individual. Participants who lived below the poverty level, and those who did not place an importance on staying healthy, were also more likely to head back to prison once they were released. According to Thomas “Many of the factors identified are easily measurable prior to release from prison, and could inform improvements to transitional planning without the need for additional, in-depth assessment. Most of these predictors are also modifiable and could potentially serve as targets for re-entry interventions.”