Should Random Drug Testing be Performed on Medical Care Professionals? 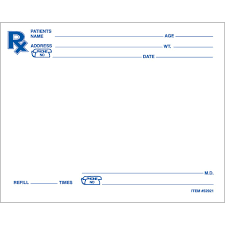 Random drug testing is common in many professions and across much of North America, especially in the USA. Many medical care professionals are not forced to undergo random drug testing though, and that has placed a large number of patients at risk. When people think about substance abuse in the medical professional the first though that usually comes to mind is doctors, but a number of high profile cases in the USA show that nurses, radiologists, surgical technicians, and other professionals in the medical field also have a higher than average rate of substance abuse, and sometimes the drugs that are abused are stolen from the very patients who these substances are prescribed for. Many of these professional must pass a pre employment drug screen but once they are hired random drug testing is not performed.

Medical care professionals have very stressful jobs, and this increases the risk of drug abuse. Random drug testing on a regular basis could eliminate much of the patient risk in these situations, and uncover drug abuse before it spirals out of control and affects the patients. In Michigan a doctor and a nurse were found overdosed within days of each other right on the hospital campus, one died and one survived. The drugs that caused the overdose were taken from the supply on hand at the hospital. Many patients have suffered excruciating pain after surgery because the pain medications they were supposed to receive were used by medical professionals, and the syringes were refilled with saline. Some patients have even contracted diseases like Hepatitis because of these actions. Random drug testing could help keep medical professionals clean, and identify problems as soon as they start.