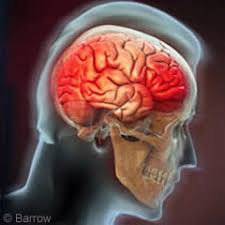 A traumatic brain injury will increase the risk of teen substance abuse according to a new study performed at St. Micheal’s Hospital, which is located in Toronto, Canada. The study results show that traumatic brain injury can increase the risk of teen substance abuse significantly, making the individual 2-4 times more likely to drink alcohol or use drugs. The study results have been published in the Journal of Head Trauma Rehabilitation, and it can help physicians and other medical care providers screen patients more effectively. The lead study researcher, neurosurgeon Dr. Michael Cusimano, explained “Overall, a teen with a history of TBI is at least twice as likely as a classmate who hasn’t suffered a brain injury to drink alcohol, use cannabis or abuse other drugs. But when you look at specific drugs, those rates are often higher.”

Teen substance abuse is a serious problem in Canada and the USA, and traumatic brain injury can play a role in this problem. Dr. Michael Cusimano, who also holds a position at the Keenan Research Centre for Biomedical Science as a researcher, stated “On top of the other health consequences, substance abuse increases the odds of suffering an injury that could result in a TBI. And using some of these substances may also impair recovery after injury.” Cusimano also explained “Some people think of concussions as a less alarming injury than a mild TBI but this is wrong. Every concussion is a TBI. People should take every brain injury seriously because, as this research shows, the immediate and long-term effects can alter lives.”