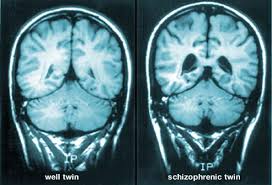 When it comes to schizophrenia early intervention is very important. This step can help improve the quality of life for the patient, reduce the need for extensive and costly hospitalization due to this mental disorder, and improve the treatment outcome. With all of these benefits there is a shortage of early intervention programs and efforts that can make a difference. As soon as someone with schizophrenia starts to show signs that the mental disorder is worsening intervention should occur to prevent the symptoms from becoming worse. As this disorder progresses the individual may lose touch with reality, and it is common for hallucinations and delusions to occur when the disease worsens. These symptoms may put the patient at risk of harming themselves or others, leading to the need for hospitalization.

Early intervention when the first symptoms of schizophrenia start to show can make the difference between a hospital stay that could last for weeks or even months and the ability to stay out of the hospital and lead a better and more productive life. According to National Alliance on Mental Illness medical director and psychiatrist Ken Duckworth “All we ever saw in the ‘80s was the equivalent of stage 4 schizophrenia. It would be as if you were an oncologist, and all you saw were people with metastatic breast cancer.” Until now the focus has been on treating patients after symptoms worsen, but hopefully this will change and more public funding and support will be provided for early intervention programs as well. Do you know someone with schizophrenia who needs help?