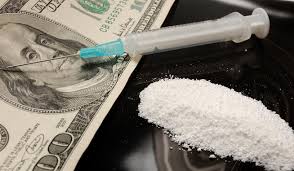 The effects of heroin use on the middle and upper classes in Canada and the USA may surprise some people. Many people view substance abuse problems like heroin use as a low income issue, for uneducated people who do not know the statistics or who may not be aware of the dangers that this drug poses. The fact is that heroin abuse can be found across all economic levels, this activity is not limited by income amount or neighborhood boundaries. In the United States many areas of the country saw a 75% increase in heroin use over a 4 year period, and the rates in Canada are suspected to be roughly the same. This shows an alarming trend because heroin is one of the most addictive drugs, and many users develop a heroin addiction after using the drug just a couple of times.

Studies and statistics show that the effects of heroin use on all income levels is very destructive. As the drug abuse escalates the user may stop caring about anything other than getting a fix, and many cases of child abuse and domestic violence are caused by a heroin user withdrawing from this drug. Heroin affects more people than you may think, and the odds are that you know someone who has used this drug at least once in their life. Once a full blown heroin addiction develops it is harder for the user to hide the symptoms of their substance abuse though, because the drug takes over their lives and becomes the most important thing in it.