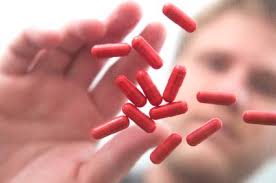 Severe bipolar disorder is a mental health condition which can be devastating, and an innovative study performed in a partnership by researchers at the University of California, Los Angeles and the University of Texas (UT) Southwestern Medical Center has identified a number of inherited traits for circadian rhythms, or sleep and wake cycles, that could impact the severity and the symptoms experienced with bipolar disorder. Researchers identified specific chromosomes that are linked to these inherited traits, and that could mean better and more effective treatment methods for those who struggle with severe bipolar disorder. UT Southwestern Howard Hughes Medical Institute Investigator and Neuroscience chairman at the university Dr. Joseph Takahashi explained the study. “We were able to identify 13 sleep and activity measures, most of which are inherited, that correlated with whether an individual had bipolar disorder. In addition, we were able to trace some of these traits to a specific chromosome.”

Dr. Takahashi was not the only researcher who was excited at the discovery of the inherited traits for sleep and wake cycles in individuals with severe bipolar disorder. UCLA Center for Neurobehavioral Genetics director Dr. Nelson Freimer stated “This study represents a key step in identifying the genetic roots of this disorder and, in turn, providing targets for new approaches to preventing and treating bipolar disorder.” Individuals who have severe bipolar disorder may experience very severe and sudden mood shifts, and these people may be up one minute and profoundly depressed the next when rapid cycling is also a factor. Current treatments for bipolar disorder do not always work so new and more effective treatments are needed.