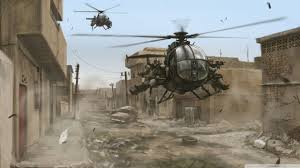 New research shows that military veterans may engage in alcohol abuse due to the stressors of civilian life, and that this is a higher risk for military veterans than for civilians. National Guard soldiers who returned home after leaving the service were far more likely to engage in alcohol abuse if they experienced setbacks in their civilian life. Some of the biggest stresses included serious legal issues, divorce, the loss of a job, or serious financial problems like bankruptcy or home foreclosure. The results of this study can be found online in the American Journal of Preventative Medicine. Military veterans who return home are at a higher risk of alcohol abuse when life gets tough and civilian stress is high, and in depth help is needed to help these vets acclimate to the stress of civilian life.

Assistant Professor of Epidemiology at the Mailman School of Public Health at Columbia University Magdalena Cerdá, PH.D., MPH, who was the lead study investigator, discussed the findings regarding military veterans and alcohol abuse. “Exposure to the traumatic event itself has an important effect on mental health in the short-term, but what defines long-term mental health problems is having to deal with a lot of daily life difficulties that arise in the aftermath — when soldiers come home. The more traumatic events soldiers are exposed to during and after combat, the more problems they are likely to have in their daily life — in their relationships, in their jobs — when they come home. These problems can in turn aggravate mental health issues, such as problems with alcohol that arise during and after deployment.”