Can Suicide Risk Actually be Lowered with ADHD Medications?

ADHD medications are often in the news because someone overdosed on these drugs, either accidentally or on purpose. ADHD drugs are commonly abused, especially by students and those who want to stay awake for longer periods of time. Some researchers are now saying that some of the benefits provided by ADHD medications may be overlooked, and one of these benefits could be a reduction in the number of suicides and attempts at suicide. The latest research on these drugs and their use can be found in The Lancet Psychiatry journal. The black box warnings found on ADHD medications can be confusing, and University of Montreal and CIUSSS de l’Est-de-l’Île-de-Montréal researchers teamed up to identify the risks and consequences including the suicide risk that may be associated with these drugs.

One of the authors of the study on ADHD medications and suicide risk was Dr. Alain Lesage, who stated “Health Canada has issued a series of black-box warnings about the suicidal potential of ADHD medications. However, these warnings have failed to take into account epidemiological studies showing the opposite, that increased use of this medication has been associated with reduced suicide risk in adolescents.” Study co-author and scientific researcher Dr. Edouard Kouassi wrote that “Clearly, the increased use of ADHD drugs indicates that they might actually reduce rather than augment the risk of suicide.” The study authors also concluded that “Randomized controlled trials have shown ADHD medication to alleviate the usual symptoms of hyperactivity and attention deficit. It has also been associated with improvements in school performance, better self-esteem, and reductions in conduct disorders, drug abuse, and pregnancies in girls. In fact, these disorders or precarious social situations are especially associated with increased risk of suicide, not the actual taking of these drugs, which, on the contrary, may prevent suicide.” 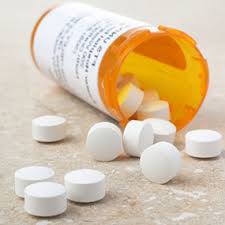 Authors of the recent report on ADHD medications and substance abuse with these drugs stated “Prescribers are cautioned that many school-aged children with ADHD- up to 23% – are approached to sell, buy or trade their medication. Stimulant medications have the potential for misuse, diversion and addiction. Treatment of ADHD symptoms with stimulant medication may reduce the risk of developing substance use disorders. ” The report goes on to caution that every provider follow safe stimulant prescribing practices to ensure that the ADHD medications are used as intended and do not provide the opportunity for substance abuse. In addition a physician should confirm any ADHD diagnosis before prescribing ADHD medications which have a stimulant effect. There are many other disorders which can also cause symptoms of this condition.

Thank you for your support and for caring for families. Addiction can affect any family. It can destroy a middle class family, a large family, a small family, a family of significant means. Addiction does not discriminate. To be able to provide scholarships for Clients who are unable to pay for all, or part of treatment, we look to outside support.  Thank you for your consideration in providing part of full scholarships.

Keeping families together is our goal- transforming lives of individuals and families one life at a time is our mission.