What is Anorexia Nervosa and What Treatment is Used With This Eating Disorder? 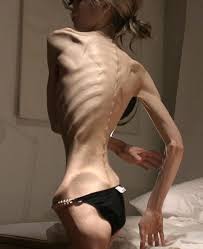 Anorexia nervosa is a phrase that many have heard, but do you know what this eating disorder is and how it is treated? If you suffer from anorexia nervosa then you have an obsession with food or the lack of it, and you believe that you are overweight even if you are dangerously thin. Many celebrities have suffered from this eating disorder and some have died because they refused to accept treatment and starved themselves to death or suffered cardiac arrest because of severe malnutrition. Symptoms of anorexia nervosa can include:

Treatment for anorexia nervosa requires individual counseling as well as other treatment methods. Each person who has this eating disorder will have unique issues which cause the problem, and the root of these issues must be uncovered and resolved. Group sessions are also important so that you realize others share your problems and that you are not alone. If you suffer from anorexia nervosa or any other eating disorder then it is important to seek help as soon as possible. The false body image that you have could cause you serious and even permanent physical damage because of self starvation.