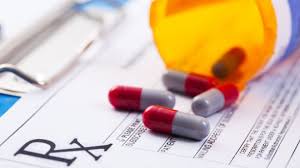 Antipsychotic drugs are commonly prescribed for those who have been diagnosed with schizophrenia, but recent research shows that these drugs can cause brain structure changes when they are used for a long term period. University of Brescia in Italy psychiatry professor and Spedali Civili Hospital psychiatric unit director Dr. Antonio Vita discussed the new research and stated “The role played by antipsychotic treatment on the pathophysiologic trajectory of brain abnormalities in schizophrenia is currently a matter of lively debate.” The study showed that more gray matter in the brain was lost when patients were placed on first generation antipsychotic drugs than what was lost when second generation drugs in this category were used. First generation drugs work differently in the body than second generation drugs in this class do, and that is a possible reason for the difference in gray matter volume and loss.

Dr. Vita treats patients with schizophrenia, and he has seen the imaging results which show the brain structure changes when antipsychotic drugs are used on a long term basis. Vita explained the new research by saying “Although this is a clinically meaningful result, many issues remain to be clarified. For instance, we still do not know whether the effects on the brain of antipsychotics vary as a function of age and stage of illness, or whether they may occur only when a certain threshold of exposure — daily dose or cumulative dose — is reached.. Clarification of these issues will have crucial importance in the clinical management of schizophrenia and will allow a better understanding of the mechanisms underlying the progression of structural brain abnormalities in the disease.” Have you or someone you know ever used these drugs?