Does Bariatric Surgery Increase the Risk of Self Harm? Study Says Yes! 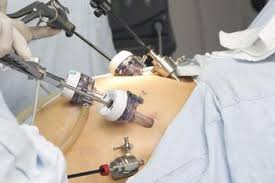 Bariatric surgery is a surgical procedure used for people who are extremely overweight, and this surgery reduces the stomach size so that the patient consumes fewer calories each day. A new study on adults who have had this procedure shows that the risk of self harm after the surgery may be higher than what is seen in the general population. Bariatric surgery has shown a number of benefits for individuals who are morbidly obese, and these patients often suffer from medical complications linked to obesity like diabetes and cardiovascular problems. Losing weight can minimize or even eliminate these health conditions. People who are morbidly obese also tend to suffer from mental illness and mental health problems as well. That places this population at a higher degree of risk for self harm behaviors even before undergoing bariatric surgery.

Until the recent study it was not clear whether bariatric surgery aggravated the risk of self harm in patients though. Researchers compared the rates of self harm for each patient before the bariatric surgery and after the procedure. The results were surprising. Self harm emergencies increased by more than half after the bariatric surgery was performed, with 111 patients experiencing 158 self harm emergencies post surgery. Almost all of these self harm attempts or incidents occurred in patients who already had one or more mental disorders. According to the researchers “Findings from this study advocate a better understanding of these and other theories through future research of potential mechanisms of self-harm in patients undergoing bariatric surgery. Additional clinical implications include active postoperative screening for self-harm risk among patients who have undergone bariatric surgery and are presenting for follow up. Patient and surgery factors could help identify vulnerable patients. Overall, these findings imply that more work is needed to understand why self-harm behaviors increase in the postoperative period and how these risks might be reduced.”