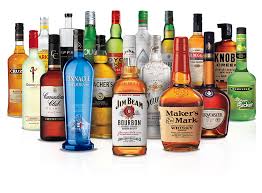 Heavy drinking will increase your stroke risk in your middle years, and can boost the risk factor for a stroke even more than diabetes or high blood pressure according to the results of a research study that was recently released. The study results have been published in the medical journal Stroke. Research studies n heavy drinking in the past have shown that alcohol use does affect the stroke risk a person has, but this is the first time that a study has shown that there are differences in the risks that occur depending on age. According to St. Anne’s University Hospital’s International Clinical Research Center in the Czech Republic statistician Pavla Kadlecová, M.Sc., explained “We now have a clearer picture about these risk factors, how they change with age and how the influence of drinking alcohol shifts as we get older.”

The research study on heavy drinking and stroke risk involved over 11,500 Swedish twins who were in mid life, and these participants were tracked and monitored for more than four decades. The research study findings showed that the stroke risk for middle aged heavy drinkers was roughly 34% higher than the risk of a light drinker of the same age and with the same genes. Heavy drinkers weer far more likely to have a stroke during mid life even after environment and genetics were excluded. Pavla Kadlecová, M.Sc., continued by saying “For mid-aged adults, avoiding more than two drinks a day could be a way to prevent stroke in later productive age, about 60s.”