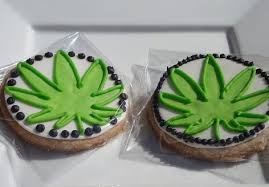 A new medical study shows that marijuana exposure among young children has increased in recent years, and this has been caused by marijuana legalization efforts in North America. A number of states have legalized marijuana for medical purposes, and a handful have also legalized this drug for recreational purposes as well. According to Central Ohio Poison Center at Nationwide Children’s Hospital director and one of the study authors Henry Spiller “The high percentage of ingestions may be related to the popularity of marijuana brownies, cookies and other foods. Very young children explore their environments by putting items in their mouths, and foods such as brownies and cookies are attractive.” Data from the National Poison Database System was used in the study, and the exposure in young children occurred as a result of inhaling marijuana smoke or swallowing products laced with the drug.