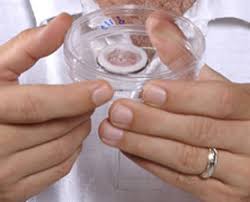 A new scientific study on rats, specifically on the brains of rats, suggest that being exposed to lead may be a contributing factor to schizophrenia onset. The study was performed at the Mailman School of Public Health at Columbia University, and a study description was published in the Translational Psychiatry journal. There were many similarities between the brains of rats and the brains of humans with schizophrenia when rats were exposed to lead before birth an during the early postnatal period. Lead, a heavy metal which can cause damage in small amounts or even be toxic in larger amounts, has a detrimental effect on the brain in three specific areas which are implicated in schizophrenia. These brain areas were the striatum, the medial prefrontal cortex, and the hippocampus.

The scientific study on rat brains exposed to lead also showed that lead can mimic other brain changes in schizophrenia. According to senior study author Tomás Guilarte, Ph.D. “The similarities in the brain structure and neuronal systems between what we see in lead-exposed rats and human schizophrenia patients are striking, and adds to a growing body of literature suggesting that early lead exposure primes the brain for schizophrenia later in life.” First study author Kirstie Stansfield, Ph.D, explained

“We are currently assessing the impact of lead exposure on both the rewarding and reinforcing properties of addictive drugs like cocaine while exploring the biological underpinnings of how lead exposure plays a role in addiction.” The study results could lead to additional studies to determine just how much lead is necessary before the onset of schizophrenia is triggered in a person.