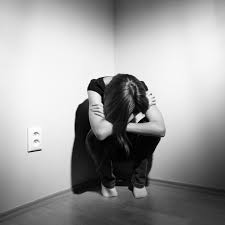 There are many forms of child abuse, and new research shows that emotional abuse is often overlooked but that this form of abuse can be the worst form. The study shows that the consequences of emotional abuse can be worse than those of sexual or physical abuse. The study also showed that emotional abuse or neglect is frequently under the radar and is rarely addressed by physicians, mental health experts, and clinicians. Joseph Spinazzola, Ph.D, the lead author of the study, said “Given the prevalence of childhood psychological abuse and the severity of harm to young victims, it should be at the forefront of mental health and social service training.” The study data and results can be found in a special issue of Psychological Trauma: Theory, Research, Practice, and Policy.

The study on child abuse, and the oversight of emotional neglect and abuse in children, is disturbing. Spinazzola stated “Child protective service case workers may have a harder time recognizing and substantiating emotional neglect and abuse because there are no physical wounds. Also, psychological abuse isn’t considered a serious social taboo like physical and sexual child abuse. We need public awareness initiatives to help people understand just how harmful psychological maltreatment is for children and adolescents.” The study used a national set of data on childhood traumatic stress, and the data involved more than 5,600 children and adolescents. Children who experienced emotional or psychological abuse were more likely to suffer from conditions like PTSD, suicidal thoughts or attempts, low self esteem, depression, and anxiety.