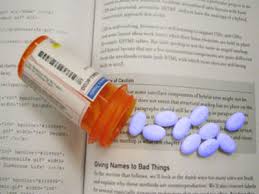 A new study by University of South Carolina researchers shows that roughly 20% of college students misuse and abuse ADHD drugs. The abuse of drugs in this class can have serious consequences, both legal and for health related reasons. Since ADHD drugs are generally listed as controlled substances with a Schedule II classification anyone who takes or possesses these medications without a valid prescription can be arrested and face serious legal issues as a result. According to Kari Benson, researcher and senior psychology major, “People would ask me if I could get them Adderall or Ritalin. I realized that this was a pretty prevalent issue on campus, and I wanted to see what I could do about it.”

The research on college students and ADHD drugs was also undertaken by University of South Carolina’s Parenting and Family Research Center Dr. Kate Flory. According to Dr. Flory “If you looked at individual studies, the rates of college student misuse were all over the place. They ranged from two percent to 43 percent. So when we submitted this for publication, the journal was really interested in us doing a meta-review of all the existing studies.” The goal is to identify the college students who could benefit most from an intervention program. Dr. Flory explained “That’s something we’re hoping to do here. We have a substance abuse prevention and education office, and they have a group that’s focused on prescription medications. We’ve pulled together an interdisciplinary group of researchers here at University of South Carolina to apply for a grant from the National Institute of Drug Abuse, which would enable us to actually do an intervention on campus.”