Common Eating Disorders Can be Deadly Without Treatment 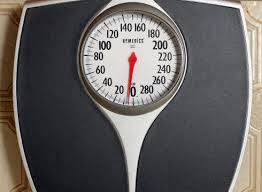 Common eating disorders can be deadly without treatment, and there are several disorders that can have a negative effect on you both mentally and physically. Anorexia nervosa involves excessive weight loss, obsessive exercise, and other methods that are used to ensure that the individual stays at an abnormally low body weight. When you starve yourself or exercise way too much this can affect your internal organs and nutrition. In some cases this eating disorder has caused death, and it can be difficult to treat and it is considered the deadliest out of all the eating disorders although not the only one that can be fatal. Bulimia nervosa is another disorder that centers around food, and this disorder is often called binge and purge. If you suffer from bulimia then you will frequently overeat, and then force yourself to vomit or use laxatives in order to eliminate all of the calories that you have consumed.

Common eating disorders also include binge eating or compulsive overeating. Unlike most of the other eating disorders this often results in weight gain, and it can be just as deadly due to the risks associated with obesity. These individuals use food to help them cope with negative emotions, and they may consume thousands of calories and large quantities of food in a single setting. Night eating syndrome is less common than other eating disorders but it can still be a big problem. If you have this syndrome then you will wake during the night, often more than once, and be unable to go back to sleep unless you eat.