How Common is Alcohol Abuse in Canada? 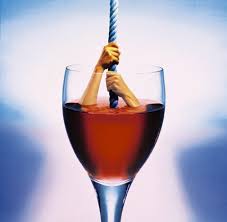 Alcohol abuse in Canada is very common unfortunately, in spite of the many steps taken by the government to lower the drinking rate and combat underage and excessive drinking. A study performed by CAMH, the Centre for Addiction and Mental Health, found that Canadian citizens drink more than the rest of the global population by half, or 50% above the average rate around the world. The author of the study, CAMH’s Social and Epidemiological Research Department Director Dr. Jürgen Rehm, explained that “The burden of disease and injury is measured when someone dies prematurely or before the life expectancy in a certain country. Most of the harm and most of the death happens to people who drink more than three drinks a day, or someone who is drinking four or more drinks on a single occasion.”

According to Dr. Rehm the highest rate of alcohol abuse in Canada and alcohol addiction by population was those between 15 years old and 29 years old. The study author also pointed out that alcohol abuse is ranked #3 when it comes to cause of death around the world. Other research has shown that around 4% of the population of Canada aged 15 years old or older have an alcohol addiction. Males in the young adult age group are 200% more likely than females to engage in alcohol abuse. Someone who is a heavy drinker has a higher risk for more than 200 different diseases and conditions, and they are more likely to die at a younger age.